TORONTO, Feb. 6, 2019 /CNW/ – Every year Canadians scramble to pick out the perfect gifts for their beloved on what has undoubtedly become one of the biggest consumer occasions of the year. For most, this romanticized day is filled with greeting cards, flowers and candy, but according to a recent poll by Ebates.ca (a Rakuten Company), Valentine’s Day isn’t always a bed of roses. Seventeen per cent of Canadians say they have suffered a relationship break-up right around Valentine’s Day and this number rises as high as 26 per cent for those under the age of 35.

“Valentine’s Day stirs up some strong opinions for Canadians – it’s one of those love-it or hate-it occasions,” said Belinda Baugniet, VP of marketing and resident shopping expert at Ebates.ca. “Whether it’s deciding on the perfect gift, how much to spend or debating a big romantic (or not so romantic) gesture, Saint Valentine can put a huge amount of pressure on relationships. Our survey allows us to examine the changing trends in gift giving and spending year-over-year and provide Canada’s love birds with some advice to keep their partners happy during this controversial day of romance.”

Despite the occasional heartache, Canadians remain a romantic bunch with two-thirds (68 per cent) disagreeing that Valentine’s Day is a ‘silly holiday’ and interestingly, men were as likely as women to disagree. Canadians are also spending more than ever on Valentine’s Day gifts this year, averaging $76, an increase of 29 per cent from the previous year.

To Pop the Question or Not?When it comes to grand romantic gestures on cliché holidays the poll found that more than half of Canadians (57 per cent) agree that a Valentine’s Day proposal is a good idea. Those who aren’t so sure that it’s the best day to get on bended knee said that you should not propose on a special occasion (41 per cent) and suggest that an anniversary of the first date (37 per cent) would be a more appropriate time to pop the question.

The Way to Their HeartFor most, Valentine’s Day is all about giving and receiving gifts, but what do they really want? Thirty-three percent of Canadians said that going out for a meal is the way to their heart. Other top items for winning over your sweetheart include flowers (12 per cent), tickets to an event or outing (11 per cent) and gift cards (11 per cent). It also appears that Canadians have money on their minds with 8 per cent saying they’d prefer to receive cash and, if you have plenty of it, a surprise getaway might be just what your relationship needs (6 per cent).

No Rose Buds HereCanadians appear to be quite fond of Valentine’s Day, which might explain why it did not top the list of hardest gifts to shop for, placing 6th behind anniversaries, weddings, Mother’s Day, Father’s Day & hostess gifts. But the survey also found that clearly not everyone knows how to play Cupid. Some of the worst gifts Canadians have ever received for Valentine’s Day include a workout video, a toothbrush, a gas gift card, an empty box of chocolate and used speakers. Um, thank you?

About the survey The Ebates Canada survey was conducted online in late January 2019 with a nationally representative sample of 1,007 Canadians. A sample of this size is accurate to within +/-3 percentage points, 19 times out of 20. 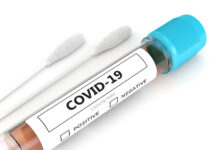 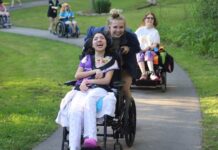 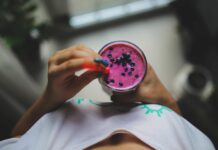