LOS ANGELES, Feb. 19, 2019 /PRNewswire/ — Woodbridge Group of Companies, LLC (together with its affiliated debtors, “Woodbridge“) announced today that, effective as of February 15, 2019, it has emerged from chapter 11 bankruptcy following confirmation of its plan of liquidation (the “Plan”) by the United States Bankruptcy Court for the District of Delaware on October 26, 2018.

Woodbridge also announced that it is targeting an initial cash distribution to take place on or before March 31, 2019.  Claims that are not Allowed Claims as of that time will not participate in that initial distribution, but reserves for such Claims will be maintained.

Woodbridge filed bankruptcy in December 2017 as a result of a massive, multi-year Ponzi scheme perpetrated by Robert Shapiro between (at least) 2012 and 2017.  As part of this fraud, Shapiro, through the Woodbridge entities, raised over one billion dollars from approximately 10,000 investors—as either noteholders or unitholders.  Woodbridge and the three fiduciary committees appointed in the bankruptcy cases worked in concert to reach the global settlement represented by the Plan to ensure that creditors can recover as much money as possible, and believe that the Plan provides the best possible outcome under the circumstances.

Copies of the Plan and all other Court documents may be examined free of charge on the website of the Debtors’ claims agent at http://cases.gardencitygroup.com/wgc.  Additional information, including answers to frequently asked questions, may be found at the Liquidation Trust’s website, available at http://www.pszjlaw.com/woodbridge.html.

In this press release, all statements that are not purely historical facts are forward-looking statements.  These statements, including (but not limited to) the statements relating to the future financial and operating results of the Liquidation Trust and Wind-Down Entity, are made under the “safe harbor” provisions of the U.S. Private Securities Litigation Reform Act of 1995.  Forward-looking statements may be identified by the words “believe,” “expect,” “anticipate,” “project,” “plan,” “estimate,” “intend,” “potential” and other similar expressions.  Forward-looking statements are based on currently available business, economic, financial and other information and reflect management’s current beliefs, expectations and views with respect to future developments and their potential effects on the Liquidation Trust and Wind-Down Entity.  Actual results could vary materially depending on risks and uncertainties that may affect the Liquidation Trust and Wind-Down Entity, including, but not limited to, local, national, and international economic conditions; the supply and demand for properties; the financial conditions for tenants, buyers, and sellers of properties; changes in interest rates; changes in environmental laws or regulations, planning laws and other governmental roles and fiscal and monetary policies; changes in real property tax rates and related tax deductions; negative developments in the economy that depress travel and retail activity; uninsured casualties; force majeure acts, terrorist events, under-insured or uninsurable losses; and other factors that are beyond the reasonable control of the Liquidation Trust and the Wind-Down Entity. In addition, real estate assets are subject to long-term cyclical trends that can give rise to significant volatility in values.  The Liquidation Trust assumes no obligation to update any forward-looking statement made in this press release to reflect subsequent events or circumstances or actual outcomes, except as may be required by law. 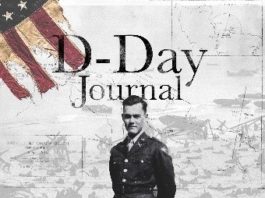 A Story of Sacrifice, Bravery and Strength: D-Day Journal – The... 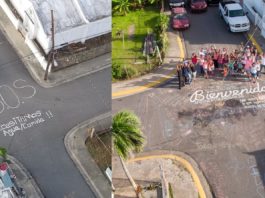 Puerto Rico Shows off its Rehab As One Year Anniversary Of... 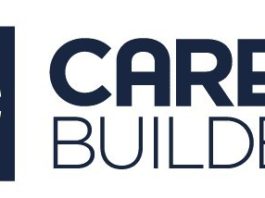 45% of Workers Say They Have Gained Weight in Their Current...

ABOUT US
Rehabmag.com is an internet site devoted to highlighting the rehabilitation process through a variety of topics. Rehabilitation is larger than Hollywood. This site is intended for entertainment and informational purposes only and should not be confused with other companies involved in professional rehabilitative care services.
Contact us: info@rehabmag.com
FOLLOW US
© Rehabmag.com | All rights reserved. | Privacy Policy