A federal judge has issued a ruling ordering compensation of $718,000 to the Catholic Benefits Association (CBA) for legal fees and litigation costs. This ends a four and a half year court battle over the Obamacare Contraceptive, Abortifacient, Sterilization, and related Counseling Services Mandate (CASC). It follows CBA’s overwhelming federal court victory in March. The CASC mandate had attempted to force CBA members to violate Catholic moral teaching by covering contraceptives, abortifacients, and sterilization procedures in employee health plans. Failure to comply with these morally objectionable mandates carried crushing fines which, in the case of CBA’s membership, were estimated to be as much as 19 Billion dollars. CBA initiated lawsuits in 2013 and 2014 on behalf of its 1,000 plus Catholic employer members.

In March, 10th Circuit Judge David Russell’s final Declaratory Relief and Permanent Injunction validated all of CBA’s claims regarding the burden created on religious employers by the Obamacare Mandates. He granted permanent injunctive relief from these mandates and any similar future efforts from HHS to both current and future CBA members. He also directly noted the government’s violation of the Religious Freedom Restoration Act (RFRA).

Doug Wilson, CEO of the CBA said, “We are proud of a result which will benefit so many in coming years. In addition to our current and future members, Americans of all faiths will benefit from the legal precedents we have achieved and from the court’s affirmation of RFRA.”

Noting similar current regulations which attempt to coerce immoral actions by religious employers including federal mandates for the provision of transgender services and insurance coverage for clinical trials which include the use of embryonic stem cells, as well as the proliferation of state level healthcare mandates lacking in sufficient religious protections, Wilson said, “While it is gratifying to reach a successful conclusion to this (CASC) issue, there is so very much more to be addressed. Established as an Association of Catholic employers, we can engage wherever we have a member. That now includes almost every state and a growing membership. We are here for as long as it takes.”

The CBA was the largest plaintiff in the religious liberty battle over the contraceptive mandate, representing more religious employers than all of the 100 other similar lawsuits combined. 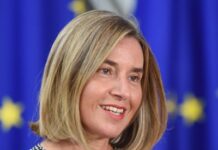 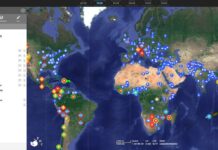 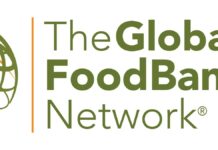 Report suggests that food banks are a “green” hunger-relief solution